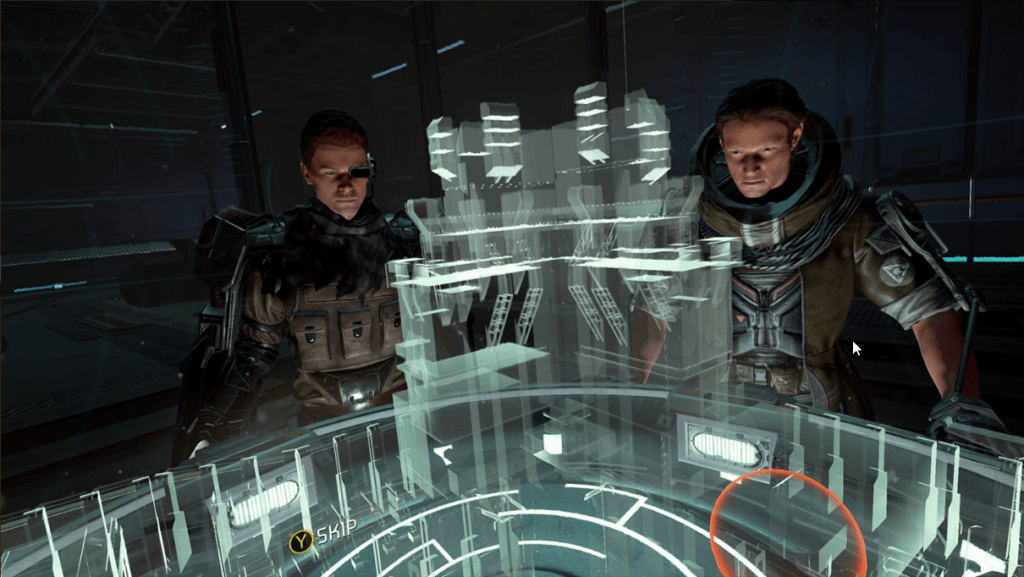 You’re met by one of your creators as soon as you start into the game, and she gives you a quick lowdown of the situation and how time is of the essence. It wastes no time throwing you into the heat of combat. You quickly learn the controls and your abilities and just like that you’re a super weapon. An interesting part of the game is that you’re sort of a token piece and are there solely to make sure everyone else gets out safe. You’re worried about their wellbeing more than they are worried about yours. You are to shepard and defend your allies at all costs to complete the mission.

There are essentially two controls in this game; hack and shoot. You hack robots to take control of them then you aim with your view and shoot your way to victory. It’s actually a very captivating and mechanically sound system, where you have to have good timing, accuracy and strategy. With some of the bigger enemies you have to destory shielding before you can hack them. There are a wide range of enemies that you can control, some more useful than others. There are huge mech-suits that either shoot huge charges of lighting to fry your foes, or beam grenades that you launch then shoot to explode. There are little pop-up turrets that funnel tons of bullets, flying banshee-esq ships that gun down bots from the air, snipers, varieties of foot soldiers and a whole array of suits to hold captive. 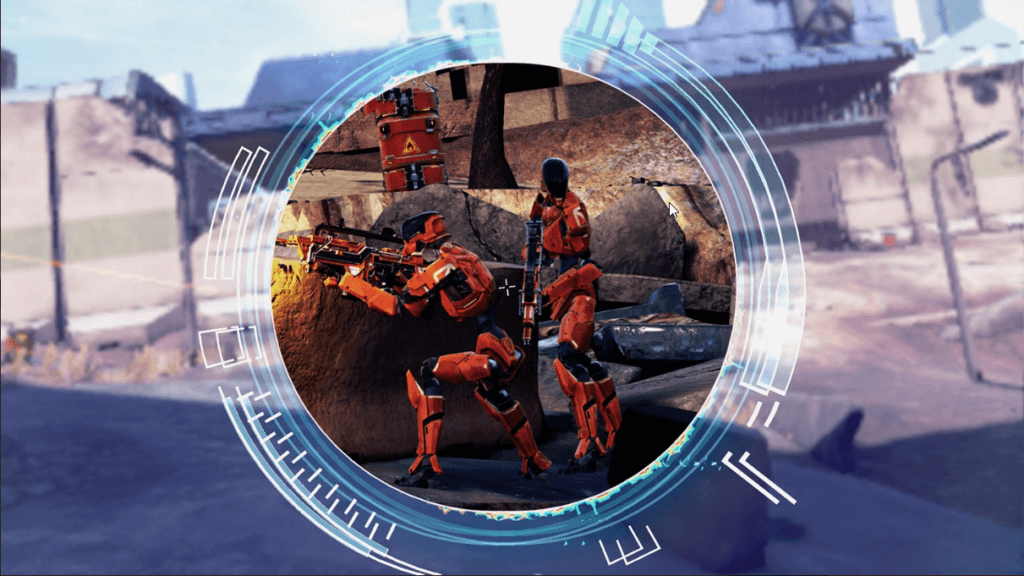 At times when certain fights got really intense, especially in fights that required you to lean forward or back, it could be a little nauseating. Furthermore, there was a hint of monotony in gameplay and story near the beginning that could easily leave a player uninterested in its first steps. Long distances were a bit of weak point as well; the varying sensitivity between scoped and unscoped was often a little janky and really hindered the ability to snipe in fast paced situations. Distance was also an issue with last gasps, that being when you’re about to die and you have to quickly switch to another bot to maintain consciousness, the hitboxes for hacking are unforgiving to say the least, and often leave you feeling a little cheated.

Now for the good. Starting with graphics, I sat at the opening screen for a good two minutes just to take it all in, it’s very atmospheric and crisp. The whole game holds true, having a variance in location types all with a very high standard of quality that gives the game an added touch of immersion. The mechanics and gameplay we’re incredibly fun, between the heat of battle having to clutch intense shots to save your allies and intense boss fights where you had to understand the fight mechanics before you could get anywhere. There was a wonderful variance in level design as well. I mentioned monotony earlier, but once the ball got rolling that was no longer an issue. The levels were diverse, offering firefight battles where you basically never let go of the trigger, interesting boss fights, and my personal favourite were the sniper levels. In the sniper level that sticks out the most, you escorted your ally across a rooftop through guards and other baddie patrols by clean picking each group with your sniper bot. It was a very fresh change in pace and I was really glad it was there. 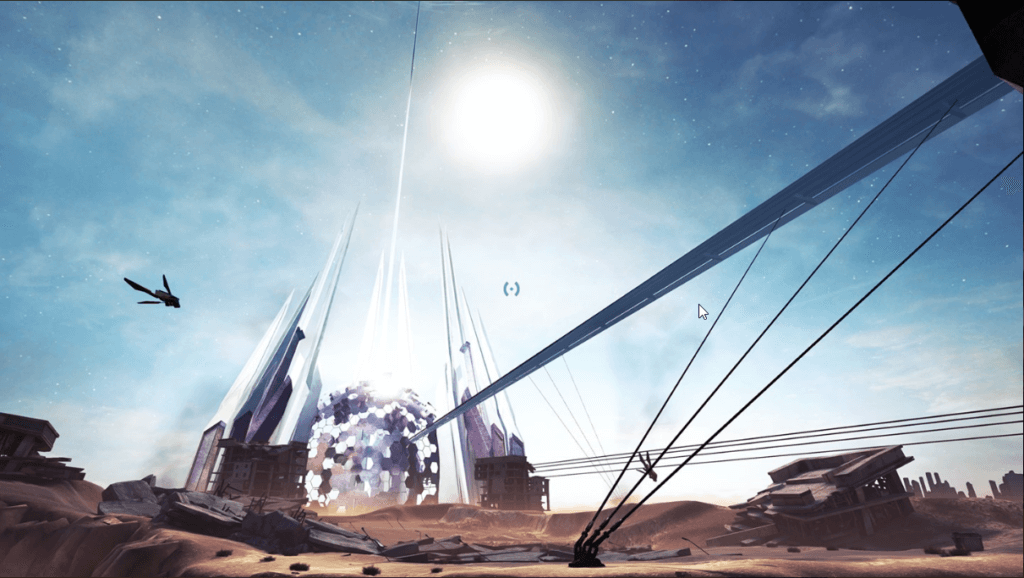 The sound was also notable. Making good use of sounds and ambient noises to create atmosphere. Shoe scuffs and breaths really made the change for me, increasing depth and immersion. At the beginning, the acting, like the story, was fairly weak and I was a little worried. However, it really made a turnaround as the story became more established along with the characters. You learned to actually like and dislike some characters and get a little more invested in the tale. My final praise goes to the strength of the keystone mechanic of shooting. I found the hitboxes with shooting to be very well refined, changing for each individual bot type, rewarding headshots and overall being an intensely satisfying experience. The game would have absolutely been lackluster if the shooting hadn’t been so comfortable and rewarding.

Overall, I think the game is pretty darn good. The ball was slow to get moving but once things were established and you we’re immersed, it was a very comfortable, rewarding and captivating experience. There was very little clunkiness mechanically, and the audio and visuals very well done. I thoroughly enjoyed playing it and if presented with the opportunity, you should do the same.