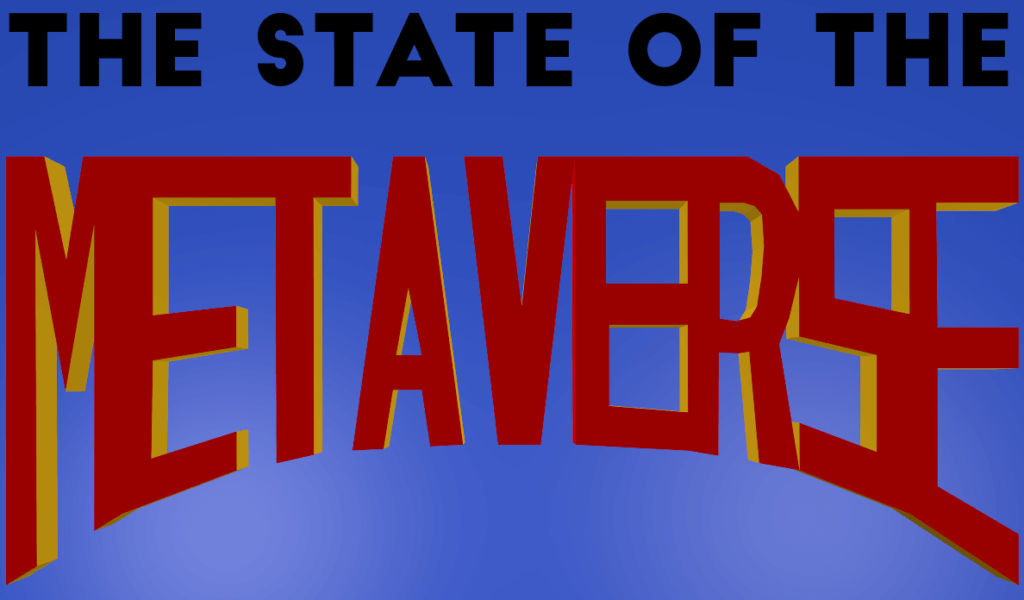 Of course, what I’ve described is a very basic metaverse. I promise you that when it gets here people far smarter and more creative than myself will do things with it that I could never dream of. Just look at what the internet has become. If you’ve forgotten here is an image of the old internet: Augh, my eyes! (If you’re reading this from the future and there is no picture, it’s because I just used the image URL and they must have taken it down. But you can trust me that it was ugly.

That horrific image above is a rough approximation of where the metaverse is now. In fact, that might be a little gracious because there is no metaverse yet. There are programs that function a little bit like the metaverse but which come up a little short. Rec Room is a persistent online community areas where players can drop in and drop out. You can meet people there, make new friends, play games or just hang out. It’s actually a very good representation of real life, if real life were a cartoon lived out entirely inside the local YMCA (or is it high school?) Don’t take that the wrong way, it is an amazing experience and game, but it’s not the metaverse.

Another popular application giving us a taste of the metaverse is AltSpace VR. If Rec Room is the local Y, then AltSpace is like the bar. I admit it’s been a while since I have used AltSpace so things may have changed there, but as I recall you can play a Cards Against Humanity type game, watch “live” shows (I’m not even sure if putting live in quotes is right for this because they are live but you’re watching their virtual avatar), play Dungeons and Dragons (no relation) and other such things which for some reason make me think of a bar despite the fact that you are not drinking alcohol and very (very) likely not picking up.

Perhaps the application that I feel most represents the metaverse as I imagine it is a program that has been in continuous development for years called Janus VR. Janus is basically the VR internet. Not a web browser in VR, but the actual internet in a 3D space. It is a perpetual online environment, so it has that checked off the list, it allows users to create their own space as a virtual webpage, so that is checked too. Janus is another app that I haven’t used very much recently. Last time I went in I was having horrendous performance issues and it was just unusable. But I’m rooting for it because it’s founder is from UofT, which is only a few short hours drive from where I am.

Should Janus not become the metaverse though we can be fairly certain that one is coming. In an interview with Ben Lang from Road To VR about the state of Oculus Rooms (a popular social app on Gear VR) coming to Rift, Nate Mitchell, Head of Rift at Oculus, said ” it really should feel like when you put on your Rift, you’re dropping straight into the metaverse. And we’re gonna continue to move forward the Oculus platform on PC toward that vision, and that starts on the social side with Parties, and things like Spaces, but it’s gonna get much much bigger, and we’ll have more to share later in the year.”

Oculus Connect 4 is coming in October and it’s likely that we will hear more about these plans then. It’s highly unlikely that Oculus will unveil the metaverse this year, but perhaps the seed that will grow into it will be planted.

Read the full interview at Road to VR: https://www.roadtovr.com/oculus-nate-mitchell-on-the-fate-of-rooms-and-parties-on-rift/2/