I have a system of sorts. I play the game. I beat the game. I write the review for the game. I’ve done ten game reviews and this is the form I’ve used. But Drift is beating me. This game is hard. It’s largely about developing muscle memory and that takes time and failure upon failure. Sometimes it means stopping for a while, letting the new pathways in your brain solidify and then coming back to it fresh. Sometimes it means persisting until you can do it with your eyes closed. Whatever the case, if you are a normal human being, Drift is going to take you a long time. The question is, is that a good thing?

I first played Drift when it was an entry in the recent mobile game jam. At first I thought it was going to be similar to Superhot, and though it was probably inspired by it based on the graphical style, I don’t think the end result is very similar gameplay wise. In Drift you are the bullet, or, you were in the game jam anyway. I’m not certain you are in the final game. It’s played the same way though. Let me explain.

In the jam version when a scene loaded up you were floating beside a stationary 3D model of a person with a gun. You pressed the start button, the gun fired, a bullet erupted from the barrel and you zoomed in to become the bullet. You then controlled the bullet as it zinged through the level by looking where you wanted to go. It moved very fast so you could touch the trackpad to slow down, but that was limited and when you ran out it was full speed ahead unless you managed to scoop up a green gem that refilled your slow meter. All of that is there in the final game, except the gun firing. In some levels there is at least a person with a gun, but not all of them. For example, in one, you seem to be a pinball. Or, at least, you are inside a pinball machine. 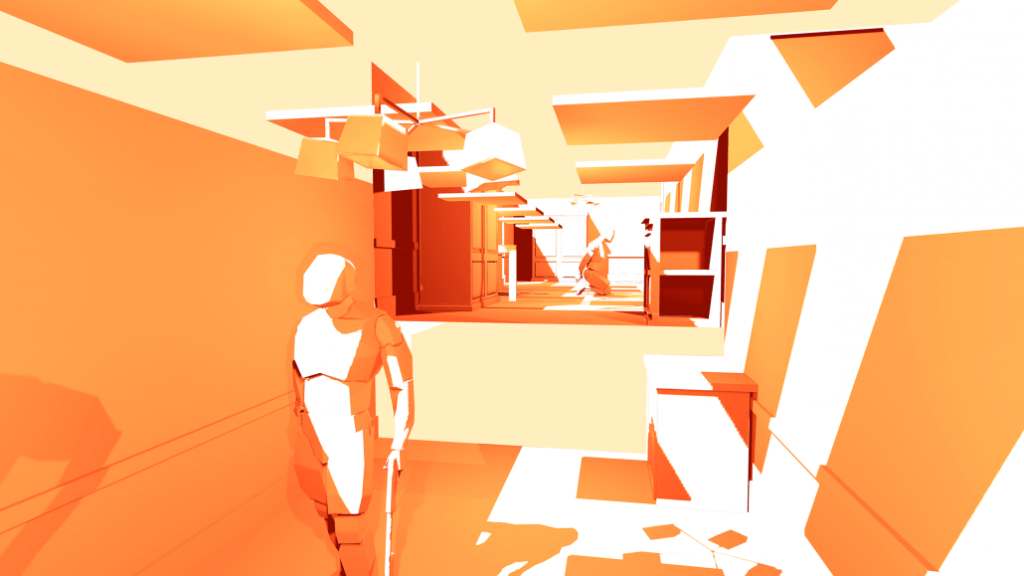 As far as gameplay goes, little, if anything, has changed between the jam version and the final version. That is a surprisingly good thing. You still fly through the level at high speed, directing your path by looking, and there are still a ton of objects to run into as you do. What has changed is story. There was none to speak of in the jam game. The one that is in the final game is a bit strange, a bit mysterious, and pretty entertaining.

Whatever you are supposed to be, a bullet, a person, a mind, a computer, I don’t know, but whatever you are, you are being trained in a program created by a doctor Kwon. The program is administered by someone named Walter, who has a charming accent, some humorous lines and who is played wonderfully by the voice actor. After the first level, which is the most basic tutorial level you’ll have ever played, Walter tells you not to be too proud because he is fairly certain that a squirrel has completed the task in the past. Though it may have been a trained squirrel. From then on you are referred to as Mr. Squirrel. Not really sure why. It isn’t clear if he is being playful, insulting or perhaps maybe I actually am a squirrel. It doesn’t matter though. I actually liked the name. It was funny. 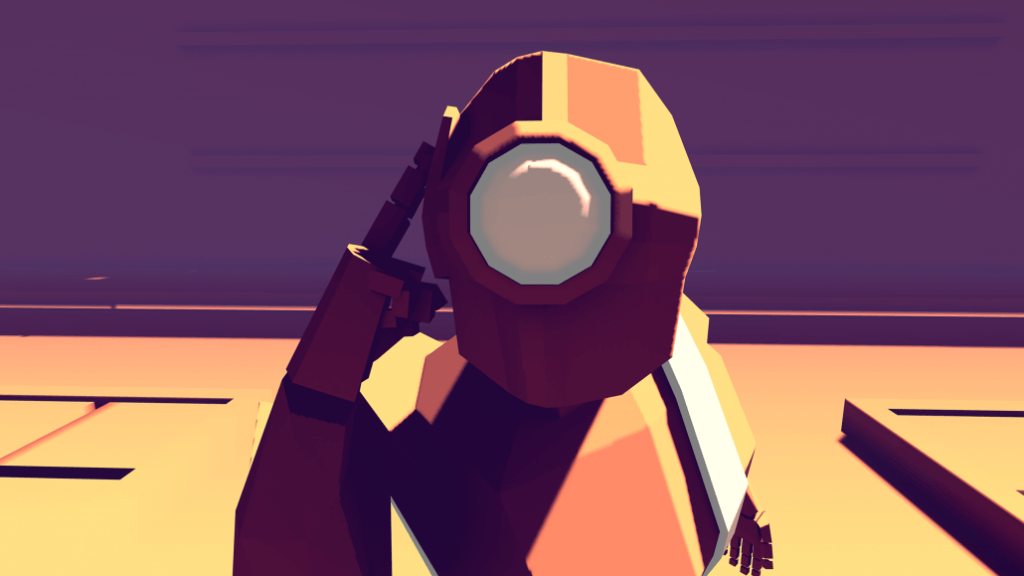 If you played the jam version you have a good idea of what to expect gameplay wise with one subtle difference, and one massive difference. The subtle difference is that in the jam game you were trying to find a specific person who was coloured green, whereas everyone else was the red-orangey colour that most of the game is in. In the final game you aren’t after people, but rather blue, shiny objects hidden somewhere in the level. And those levels are the massive change.

In the jam version you were in various buildings, flying through hallways and rooms. In the final game you are all over the place. Sometimes you’re inside buildings, sometimes, as I said above, you’re inside a pinball machine. Sometimes you are in a city street amidst a superhero battle and then later you will be in a sewer or a whale. Top marks for keeping the levels interesting. I think that if they had all been variations of the levels in the jam game Drift might not be a game worth the asking price because it would get boring pretty fast. As it is, both the varied and incredibly interesting levels, along with the, in my opinion, extreme challenge they provide make for a game that holds it’s appeal, even if you do sometimes want to punch something or someone in frustration.

The aesthetic of Drift has remained mostly in tact, with the same low poly, monochrome characters that are more set pieces than actual characters, frozen in the middle of some pretty awesome action sequences and congruously styled environments. And though the levels tend to stick to a low colour count they are no longer all various shades of orange. It’s a look that just works for the game. It’s striking and immediately recognizable. Also, because the game requires you to take in everything around you and process it very quickly, it probably helps to not have a ton of textures and set pieces that are there just for decoration. 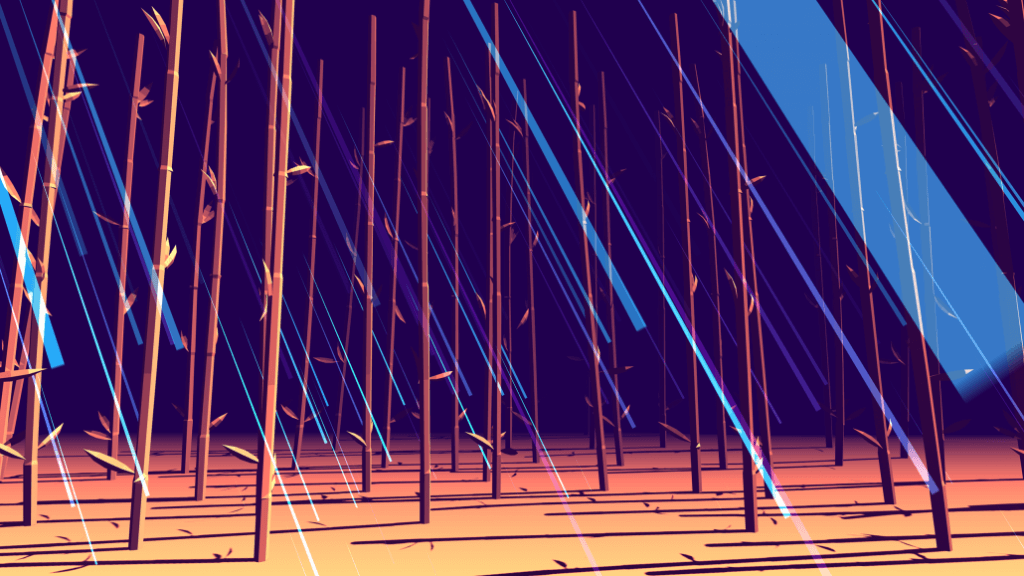 I’ve been singing the praises of this game and it certainly deserves them, but there are a few things that need to be pointed out to any potential buyers. Some of these things are little annoyances, but some are big issues that will hopefully get patched because they are destructive to a game of this style. Thankfully, they are rare.

I’ll start with the annoyances. The first one will hit you right off the bat. The game loads for a very long time at the start. I haven’t timed it, but if I had to guess I would say thirty to fourty-five seconds. And I know that people will lament the state of a world where having to wait that long for something is even worth mentioning, but when you watch a progress bar for that long, it seems a lot longer. I’m not enough of a developer to understand what is going on there but it does make me curious, given the simple graphical style and the mostly stationary game assets, what it is loading that takes as long as it does. 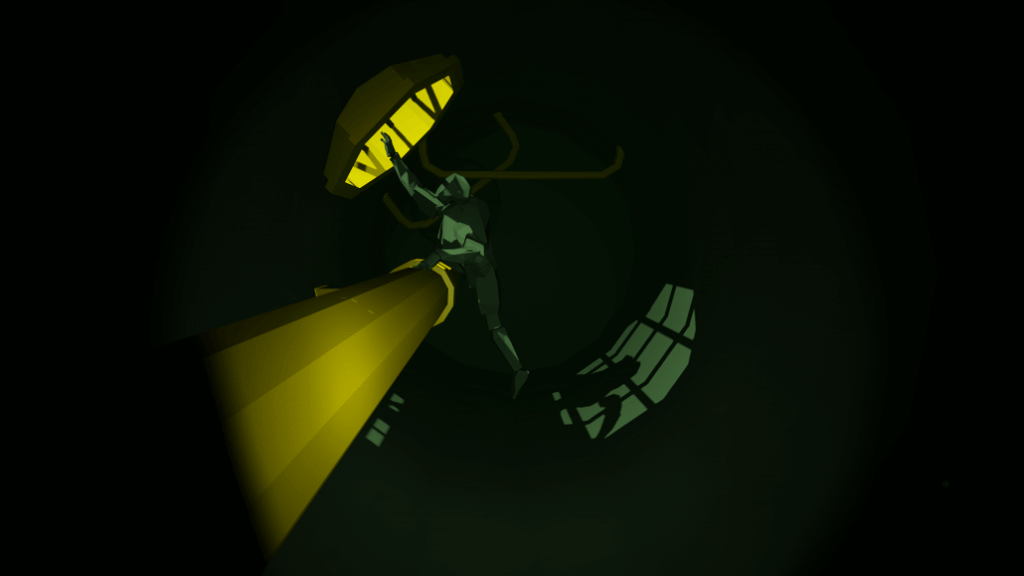 Another annoyance is the graphical glitches such as the occasional screen tearing in between levels or odd behaviours such as reloading the level start scene after you’ve beaten a stage instead of a loading screen. It can be confusing and make you think that you have to do the level again, but then it disappears and a cut scene begins.

Thankfully the more serious problems are pretty rare, but they did pop up more than once for me so they bear mentioning. The first is stuttering. In a game where split second movement is necessary to complete the level, having the game stutter even for a frame or two can cause problems, and there were times where my game stopped for a full second which resulted in my death every time.

The game also froze on me twice resulting in me having to remove my phone and put it back in. Now, I’ve played this game a lot, so twice in the few hours I’ve spent on the game is not a deal breaker by any means, but it is something that will hopefully be dealth with in future updates if at all possible.

Last of all, I used the back button to bring up the Oculus menu and adjust the game brightness, but then when I returned to the game it had reset back to the “Made With Unity” screen. I just tried it several more times and it doesn’t happen every time, but I was able to make it happen two more times. This shouldn’t be a terribly large problem, just make sure that your brightness is where you want it. Given the style of gameplay there shouldn’t be any need to reorient so brightness ought to be the only need for entering that menu in the first place. 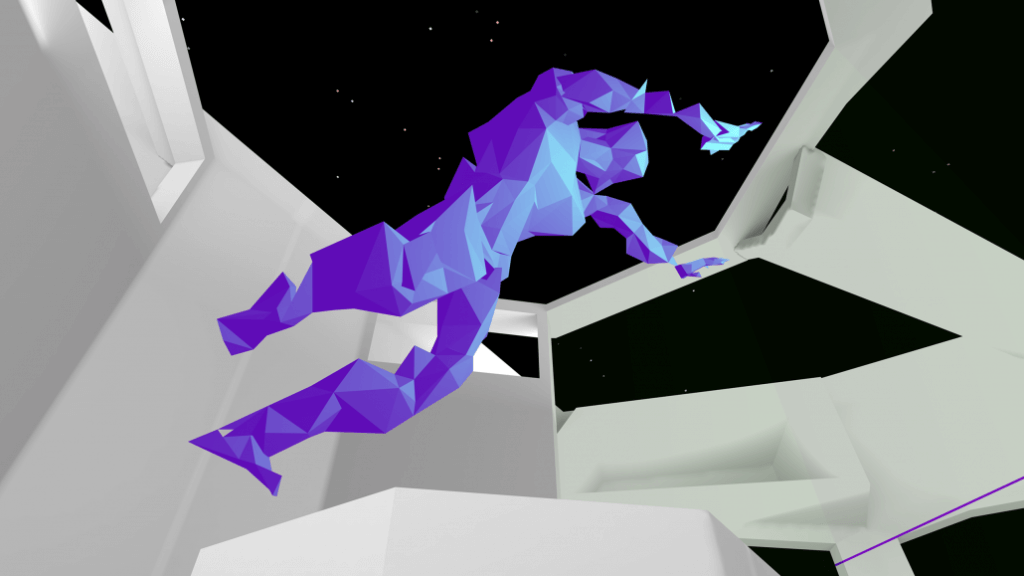 I like to finish on a good note if possible and as luck would have it, I’ve left something out that I meant to talk about. The game jam version that I keep going on about is actually in this game labelled as archives. The only change that I notice is that the levels no longer begin with the gun firing and you moving in behind the bullet. It’s been a curiosity to me the entire time I’ve been playing this game that that was taken out, but it’s just occurred to me that the sideways motion probably made a lot of people ill. Comment below if that was the case for you. I’m really curious.

Also, there is another mode called Runner Mode. I feel a bit stupid about this one. If you look to the right of the level selection menu there is a chart labelled “Best Scores” and it was never updating. I finally decided to look up yesterday and saw another label that said “Runner Mode” and realized that it was a separate infinite runner (or in this case, flyer) game. In this mode you are flying down a tunnel with blocks and other obstacles appearing in front of you and your speed increasing with each passing second. It is a lot of fun and requires significantly less frantic concentration than the main game.

Drift was a cool concept when it was a jam game and it has been fleshed out and developed into one of the most interesting and inventive games that I’ve ever played. The simple concept is woven into levels that can be maddeningly difficult, but equally addictive. There are some rough edges that I hope will be sanded down and polished in future updates, but nothing that should prevent someone who wants a great game that will last a while from picking this up.